It was a pleasant surprise to hear and identify Vision Radio Network on 1611 kHz for the first time at Fish Hoek on April 15th. The 400 watt Christian station from Margaret River WA is relatively new (The station commenced broadcasting in December 2007).

Visit http://ucbmedia.com/blog/2007/12/19/ucb-australia-margaret-river/ for some additional information and pics regarding the station. Check out the pic of the shed housing the transmitter, including a brave broadcast engineer climbing the 46 meter high mast in order to inspect the fittings !
Posted by Gary Deacon at 9:08 PM No comments: 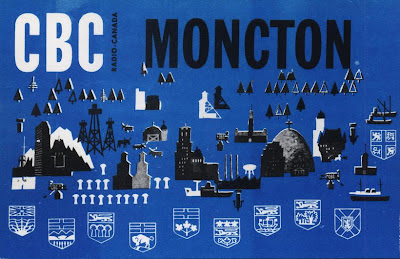 CBA Moncton NB, Canada will be signing off permanently from their mediumwave frequency of 1070 kHz and moving to 106.1 FM within the next few hours.
As a tribute, I've included a QSL from the reception of CBA on 30 January 1986 and audio from part of their sign/off announcement on 6 June 1988.
Sylvia Roy from Audience Relations was kind enough to include a friendly verification letter and other CBC related material including sticker and coverage map back in 1986. The station was last heard in South Africa during the late 1980s. 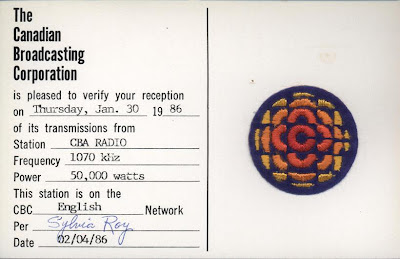