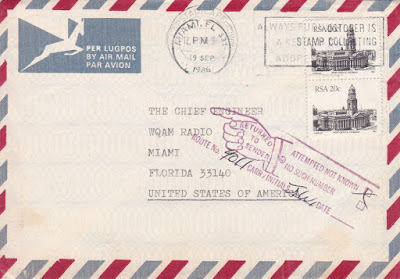 The station (listed 1 kw nights) was heard briefly during a local sunrise enhancement peak at 0450 UTC in Pinelands via the FRG7 and a modest 30 metre longwire antenna (To the best of my knowledge the WQAM mediumwave signal has not been logged in South Africa since).

I typed up a detailed reception report and mailed a letter to the station. 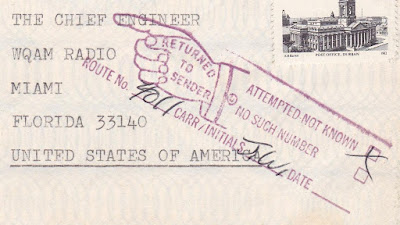 Unfortunately, my letter was returned due to the fact that I did not provide an accurate address for WQAM at the time.

Fortunately, I managed to locate the original cassette recording of the memorable trans Atlantic reception.
AUDIO

An audio clip of the brief reception until a second station identification, interrupted by the simultaneous end of the cassette tape! 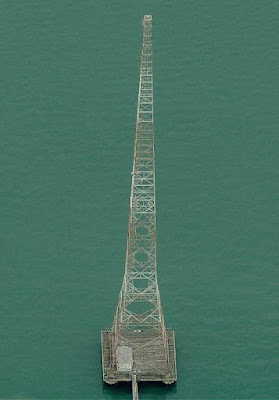 The previous WQAM self supporting antenna tower situated in Biscayne Bay behind the Miami Herald Building, next to the Venetian Causeway (Microsoft Maps satellite image).
Posted by Gary Deacon at 2:30 PM 2 comments: