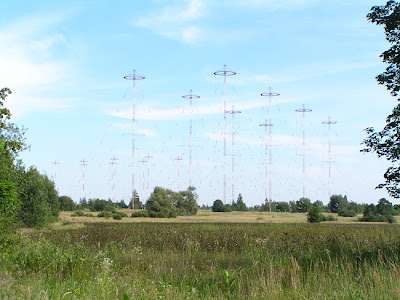 The Voice Of Russia transmitter towers situated near Bolshakovo. 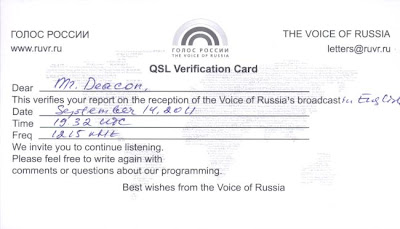 The Voice of Russia on 1215 kHz made it through on the 14th September during the recent dxpedition to Seefontein.
Fellow dxer Vince Stevens sent off a report to the station and received a reply which indicated that this was the first time that they had received a reception report for the transmission on 1215 kHz (beamed to Europe) from as far as South Africa.
A few days later, I received an email verification from Elena Osipova who also kindly sent a QSL card (commemorating the 50th anniversary of the first manned flight into space) which arrived in the post yesterday. 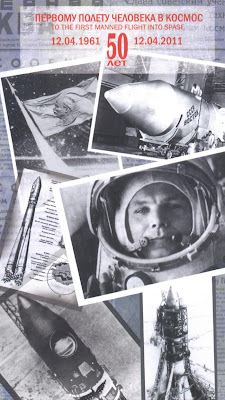