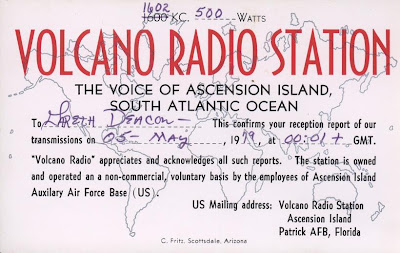 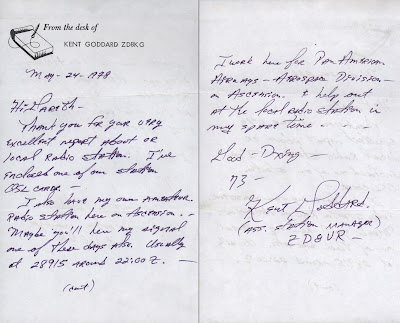 The QSL card and friendly letter received from Kent Goddard, Assistant Station Manager of ZD8VR, Volcano Radio, Ascension Island in 1979 (Click onto the images for a high resolution).

In connection with the previous post regarding Volcano Radio, Ascension, I thought I'd share an interesting QSL card and verification letter including a historical audio clip from 1979 !

ZD8VR Volcano Radio made it through to my QTH in Pinelands on the 5th May '79 via a modest 1950's Siera domestic valve receiver and 20 metre longwire antenna. It was a surprise to receive the 500 watt station with a remarkable peak from across the South Atlantic, over 4 430 km / 2 754 miles away ! 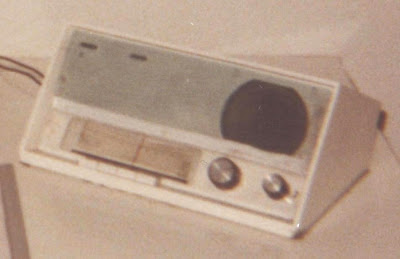 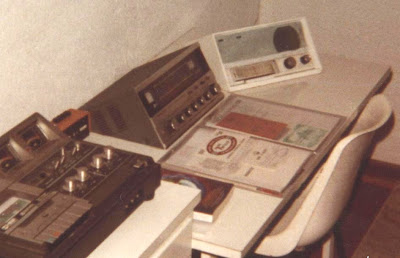 A recording of the reception on the 5th May 1979 has been preserved and is available here or by clicking onto the play button below.

A jazz music programme, "Gist Of Jazz" was presented by DJ Ed Hurley and featured the "Bob James 4" album. After the "live" sign-off announcement at the end of the programme, one can hear the ambient sounds in the studio and the "winding up" of a reel-to-reel pre-recorded tape of the station id and National Anthem.

The first radio broadcasting station was installed by the U.S. - an AFRS unit with just 50 watts on 1110 kHz under the callsign WXLR. This station was inaugurated on September 3, 1944 and it was closed when the Americans left, in June 1946.

However, twelve years later, the AFRS station was revived with just 3 watts output under the Ascension callsign, ZD8VR, Volcano Radio. The power output was soon afterwards increased to 30 watts, and then later again to 1 kW, though this was subsequently reduced as an economy measure to half power at 500 watts.

ZD8VR rebroadcast a live relay of the famous St Helena Day Broadcast from Radio St Helena in 1994, as a service to the many people from St Helena who were working on Ascension Island.

A few QSL cards were issued from the first American AFRS station WXLR, and two different QSL cards have been issued from Volcano Radio ZD8VR. 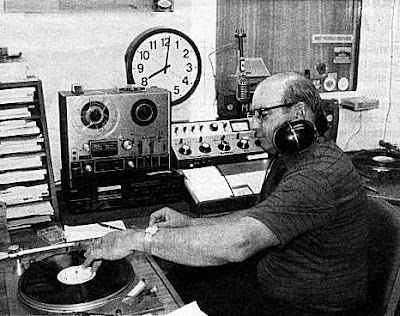 I wish I still had my old cassette tapes because one of them had a beautifully clear 'Volcano Radio' sung ID at 22h00 on it. I remember they were playing C&W and I even remember one of the artists being Mickey Gilley. This goes back to the mid 80's probably..I struggled to get an ID outta VR but that night I just left the tape running and there it was when I played it back in the morning..clear peak at TOH..

Funny how this sticks in my mind from over 20 years ago.. guess it was because I was always intrigued by Volcano Radio - the station name, the exotic location, the low power txer.. to me it encapsulated the appeal of Dxing. "

Any memories or futher information regarding ZD8VR Volcano Radio would be greatly appreciated. You are welcome to add your comments below.
Posted by Gary Deacon at 1:37 PM 18 comments: 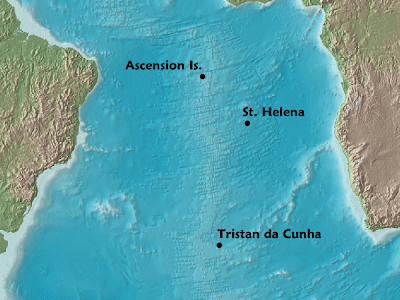 On Thursday (20th November) I received direct confirmation from Penny Peters of the VT Group on Ascension Island in connection with Volcano Radio which has since moved from 1602 kHz to 1638 kHz.

1638 kHz is silent at present due to changes in contractual work and antenna usage according to information received on the 29th November from Russel Yon c/o the U.S. Base on Ascension. There is also uncertainty regarding future MW operation.

710 WOR New York made a surprise appearance at Fish Hoek over a distance of 12 550 km on the barefoot Sony M37V during the early hours this morning.

Although the signal was indistinct most of the time, there were two brief occasions when I managed to resolve the audio :

2233 hours UTC with part of an ad for "Mercedes Bentz" just prior to the talkback programme ;

The 2 kw signal from 6KG Kalgoorlie on 981 kHz is one of the most consistent of the Radio West stations to get through to Fish Hoek, despite the inland tx location 595 kilometres east-northeast of Perth.

6KG was heard with a surprising peak at 1656 hours UTC during good reception conditions on the 13th May this year. * Audio Clip on the right hand side of the web page.

" ... The Kalgoorlie site is unusual in that it’s not really near water (as some AM sites with good reception tend to be) and it does suffer some lightning strikes from time to time. Kalgoorlie has had a proud tradition of broadcasting in the Goldfields and was one of the first stations on air in W.A. The studios have been in the same location since the station started ! "

Thank you once again Mat for verifying another Radio West station. The interesting information regarding your radio stations is also greatly appreciated ! 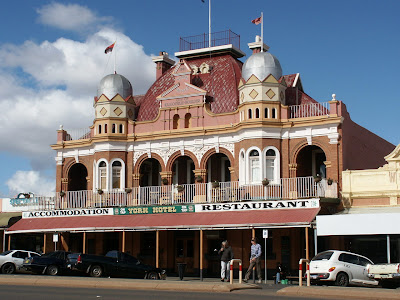 Gold town Kalgoorlie once had 90 hotels !
Posted by Gary Deacon at 12:15 PM No comments:

The 2 kw signal from 6BY Bridgetown on 900 khz made it through to Fish Hoek on a few occasions this year via the M37V and 220 metre BOG.

Program director Mat Cummins kindly verified a follow up report and audio clip from previous reception on the 6th August 2006 and added :

" ... Wow these are like mini time capsules aren’t they? It’s a shame but so much radio that we make, we don’t keep copies of, so hearing this brings back a sense of nostalgia about what was on air at the time on the radio stations ... "
Posted by Gary Deacon at 3:29 PM No comments: