The Early Years Of A Dxer In South Africa - Part 2 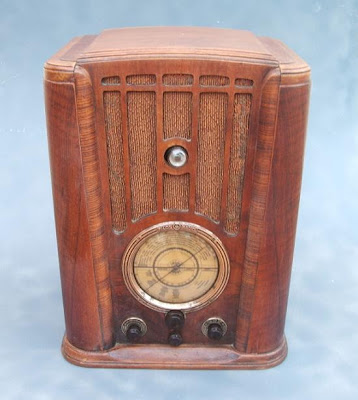 This vintage Pilot 293B radio was manufactureed in the U.S.A. in 1936 and was one of the first radios to include a "magic eye" tuning indicator (Photograph Gary Deacon).
1930's PILOT RADIO
My interest in radio was enhanced as a 12 year old while visiting a friend next door. An interesting looking vintage 1930's Pilot radio (similar to the pic above) used to occupy a corner of their garage. My friend's older brother used to listen to LM radio from Mozambique with the vintage valve receiver. I recall being quite fascinated with that radio, especially the foreign radio locations displayed in the classic circular glass dial which seemed to indicate what one might expect when tuning in! 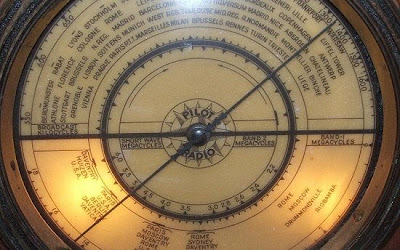 A wide choice of interesting radio stations from the Eiffel Tower to Drummondville as indicated in the glass dial display of the Pilot 293B.
DXING FOR THE FIRST TIME
In 1972 at the age of 14, I decided to try and tune in to foreign radio stations with the family transistor portable receiver. I set up a basic 10 metre longwire outdoor antenna along the side of our house and simply connected this to the receiver's whip antenna. I was pleasantly surprised to hear many foreign radio stations for the first time despite a certain amount of overloading ! 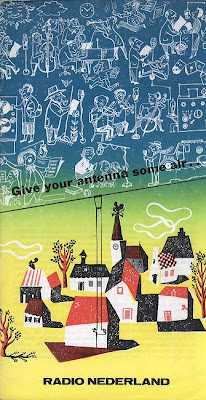 DX JUKEBOX
I gained valuable information by listening to Radio Netherlands' excellent programme for shortwave listeners and dxers entitled "DX Jukebox" which used to air on Thursdays. I was also fortunate to receive a few of their free publications including a booklet entitled "Give Your Antenna Some Air" (pictured above).
A few overseas radio publications used to include a monthly shortwave column which I read with great interest. The reported reception of distant stations from exotic locations such as Ghana, Vietnam and Papua New Guinea really fired up my dxing enthusiasm !
RADIO NETHERLANDS QSL CARD 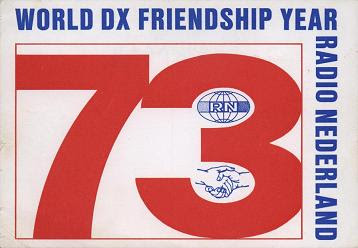 I first heard about QSL verification cards in 1973 when Radio Netherlands issued a special QSL card in order to promote "World DX Friendship Year". I sent off a reception report for one of their relay transmissions from Madagascar and was rewarded with my first shortwave verification / QSL card pictured above.
VINTAGE RADIO BLOGSITE 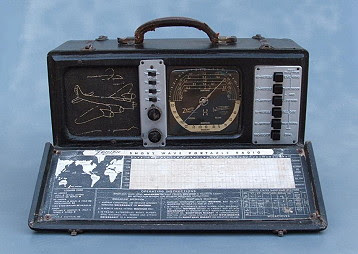 Visit http://www.caperadio.blogspot.com/ for photographs of a few more vintage radios which I've collected from a bygone era.
Posted by Gary Deacon at 12:02 PM